Like our work? Arrange a meeting with us at our office, We'll be happy to work with you!

We are always looking for new talents and we were expecting you. Time to apply, buddy!

In collaboration with Guillermo Funcia

The new construction of the nursery reinforces the existing axes and alignments of the surrounding urban landscape through its volume. A compact volume distributes the program spaces on two floors, liberating the maximum space in front on the north of the site of the plot. A new public space is thus created becoming a public square. The idea was to establish a dialogue between the village and the existing public facilities on the plot, a transition between the two-sided roofs of the village and the flat roofs of the public equipment on the west materialized through a toothed roof . The new building thus limits the impact of construction on the site and gives the new volume on a more domestic scale.

The nursery and canteen programs are integrated in a single volume while keeping a well differentiated separation of spaces. The entries are clearly indicated by the volume and allow an optimization of the operation of the two programs. The ground floor accommodates the spaces dedicated to the new canteen and nursery administration, while the first floor is entirely dedicated to children.

The spaces part of the nursery program are distributed along three façades that open to the outside, organized around a central patio in articulation and dialogue with the exterior views. In plan, the pieces of the program are distributed to become meeting spaces. This desire to extend public spaces is materialized under the intersection of two axes which mark a central circulation space. In section, the ground floor wants to open to the outside spaces while the first floor wants to close itself to offer a private world for children. Light is thus brought in through punctual openings on the facade and on the roof over the entire length of the building.

The project is thought as a whole using a unitary materialization which adapts to the different uses of the program. The building has a facade consisting of wooden panels, punctuated by differentiated openings for the spaces of the nursery and canteen. The ground floor, of a more public nature, is open through large windows. The first floor, on the other hand more closed, is treated with punctual windows which frame the views and give a more private character to the children’s spaces. 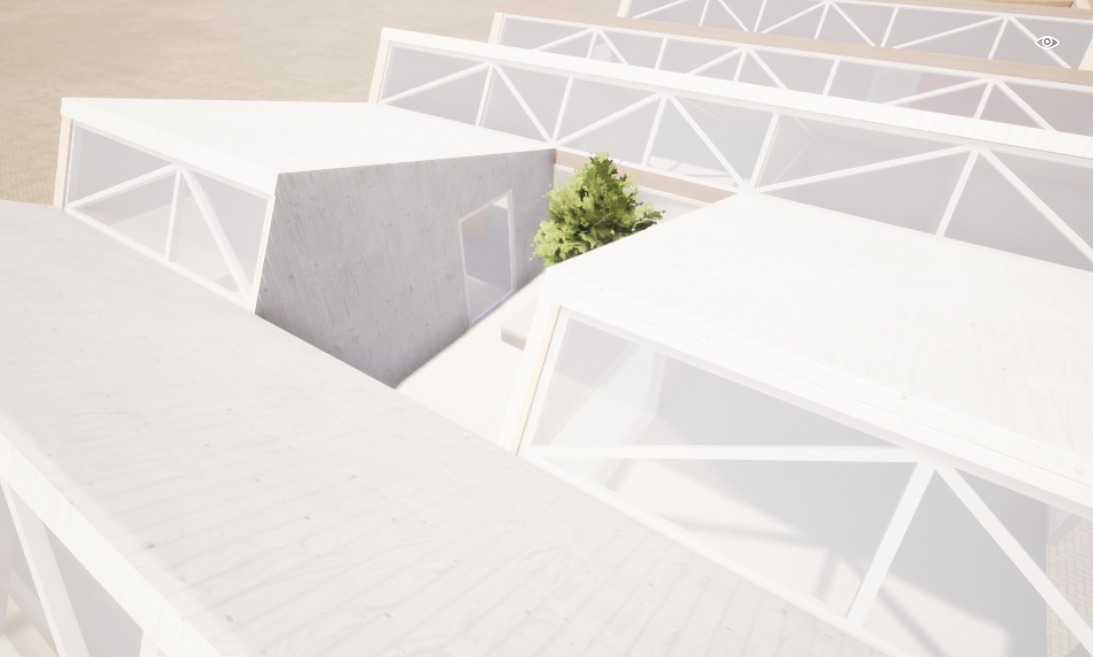 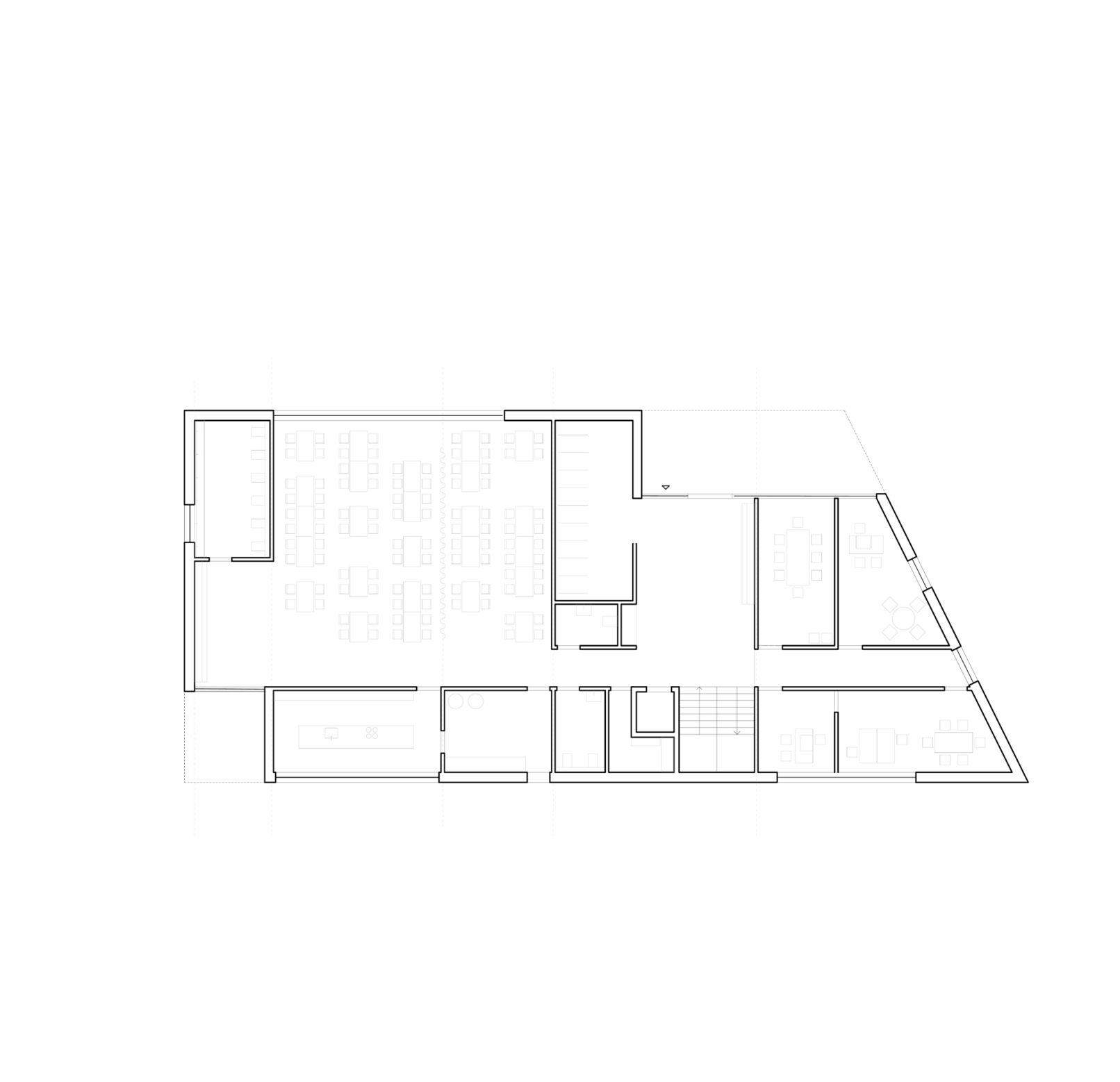 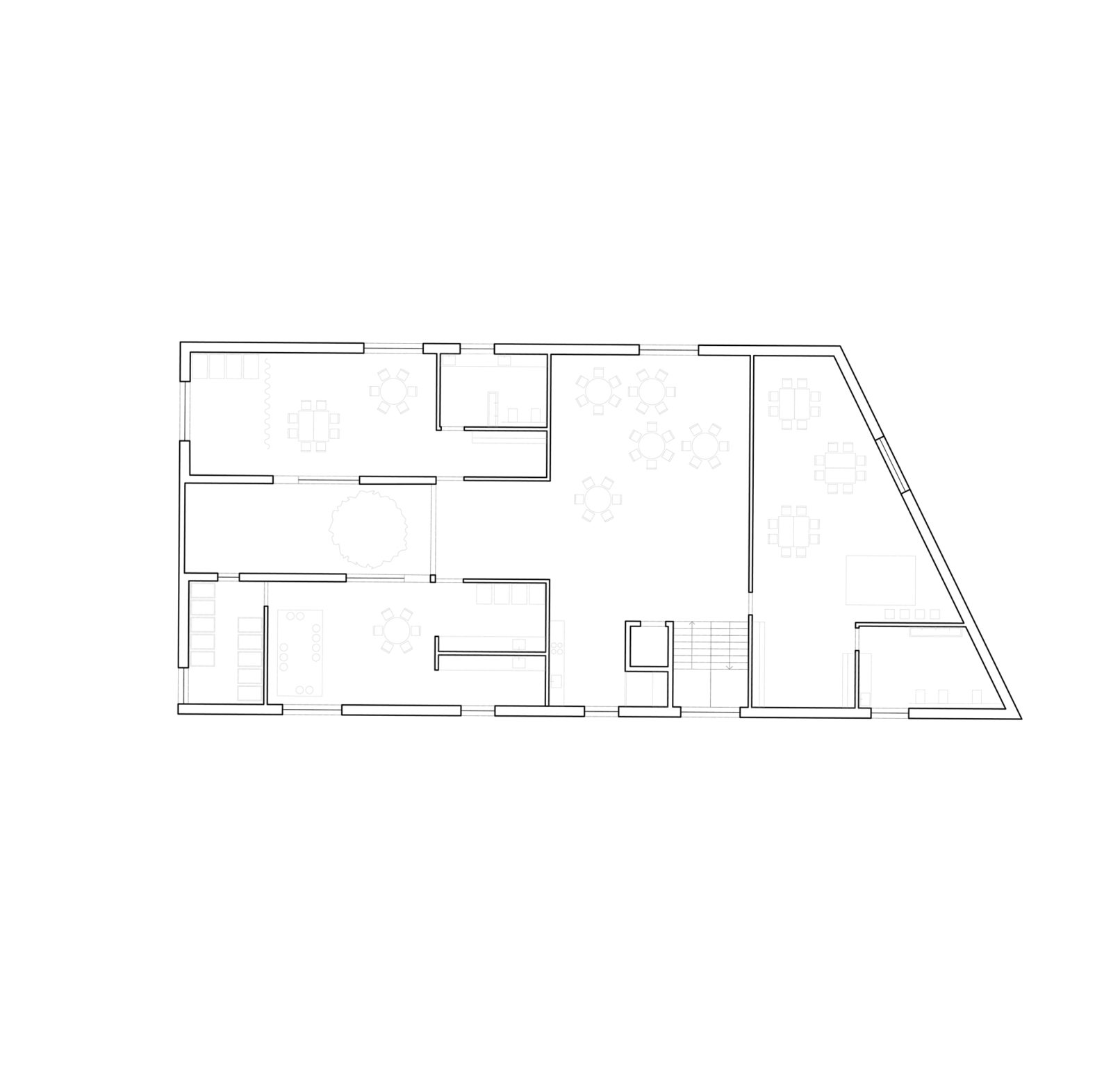 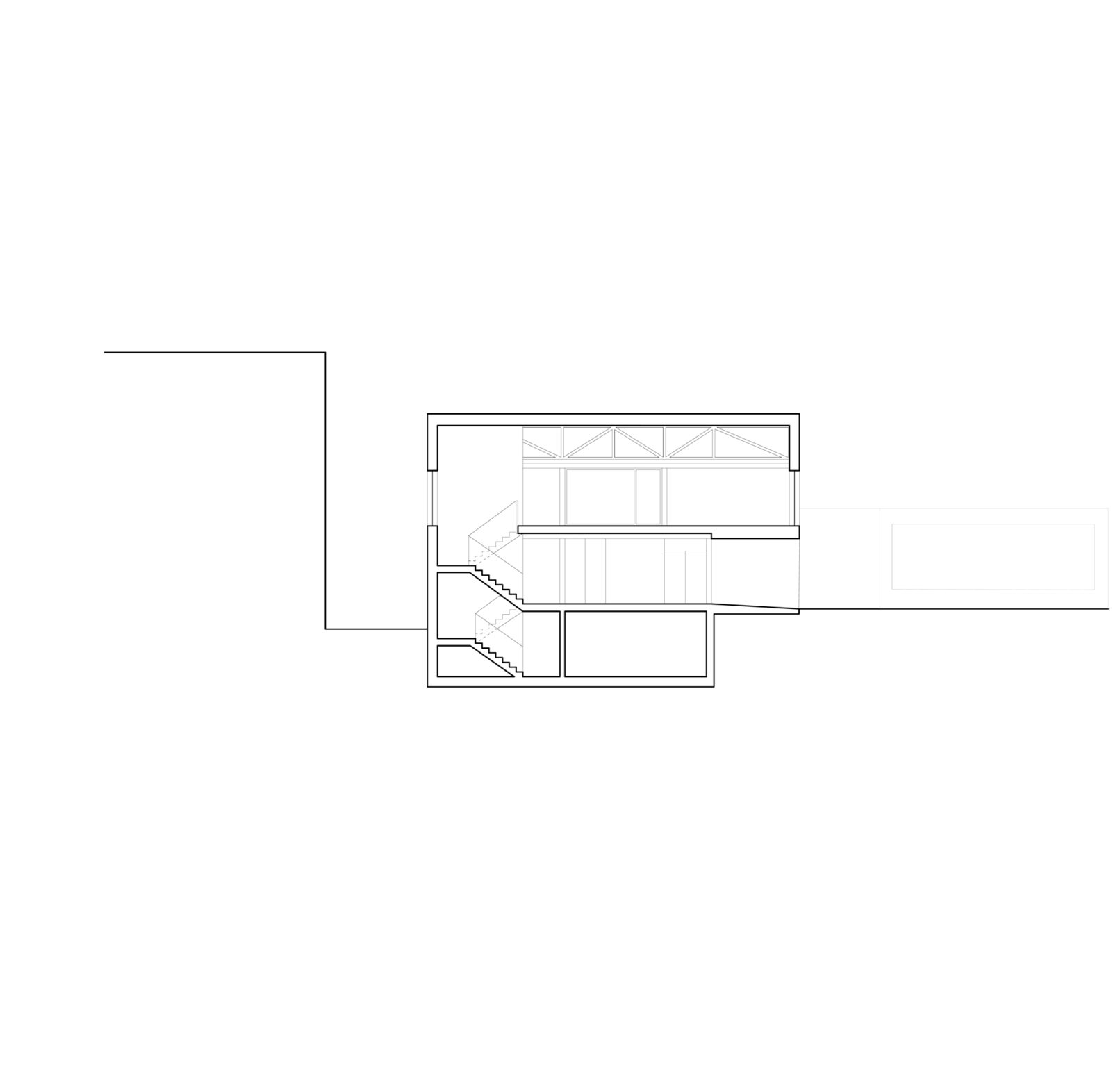 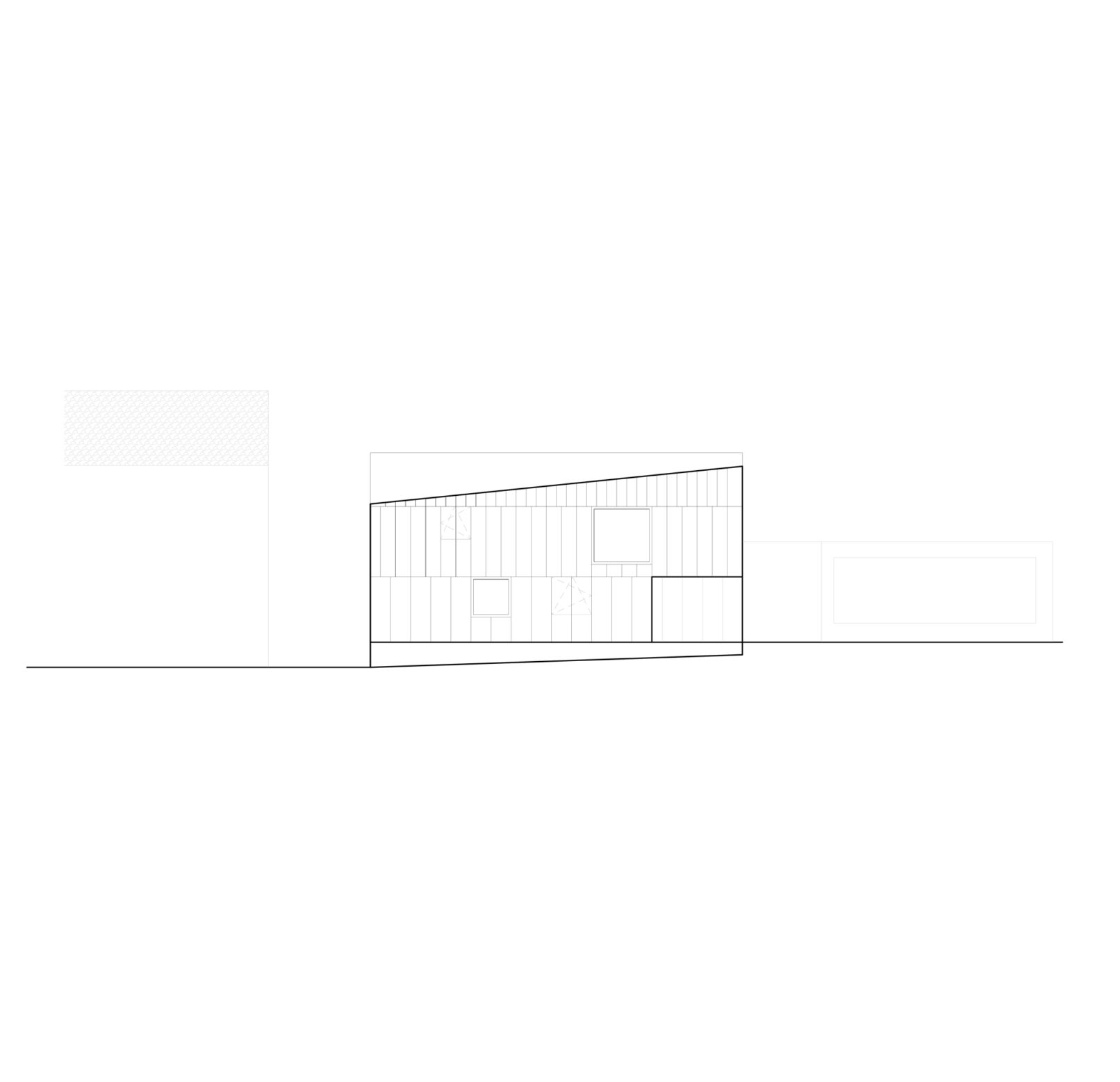 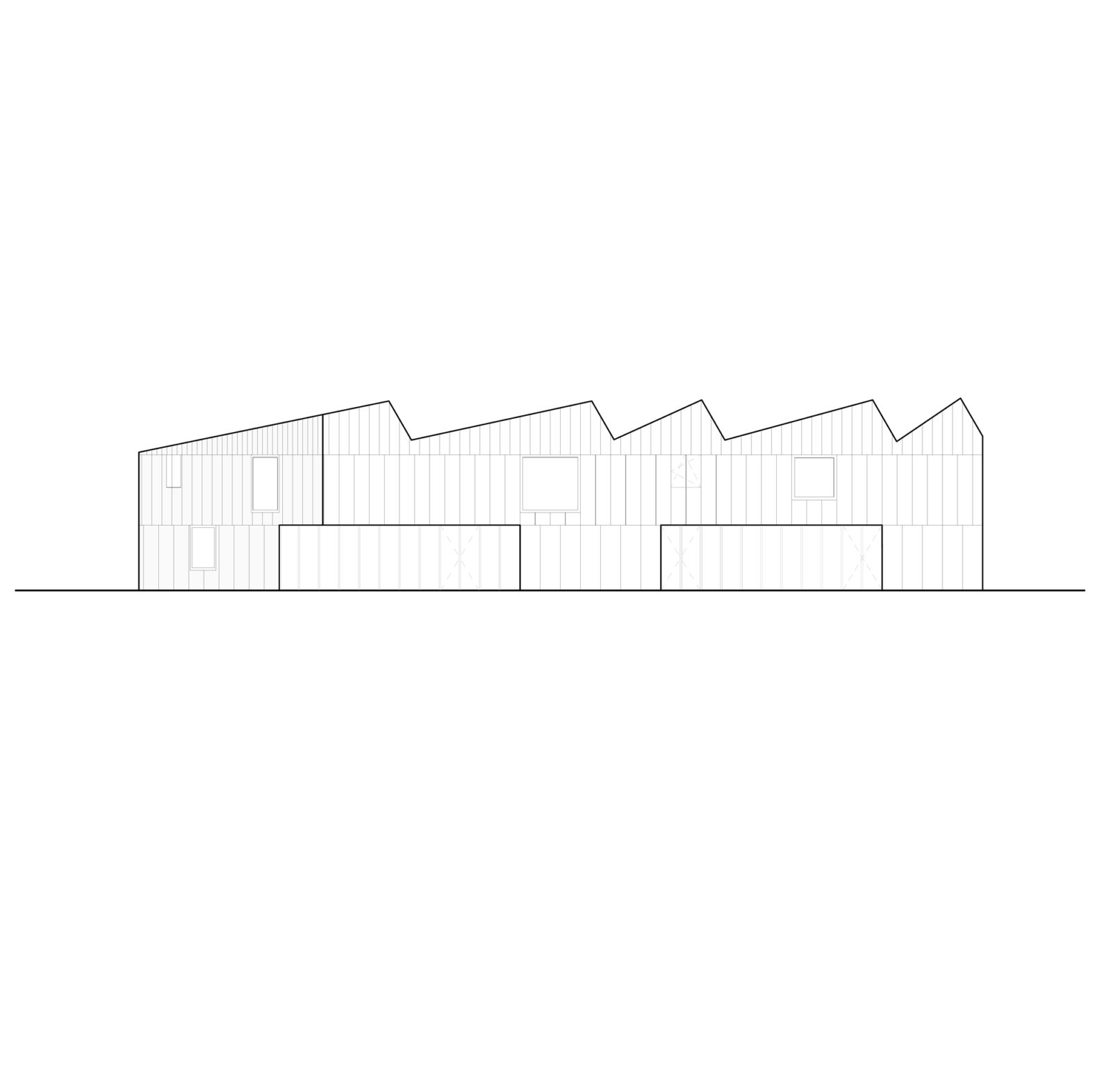 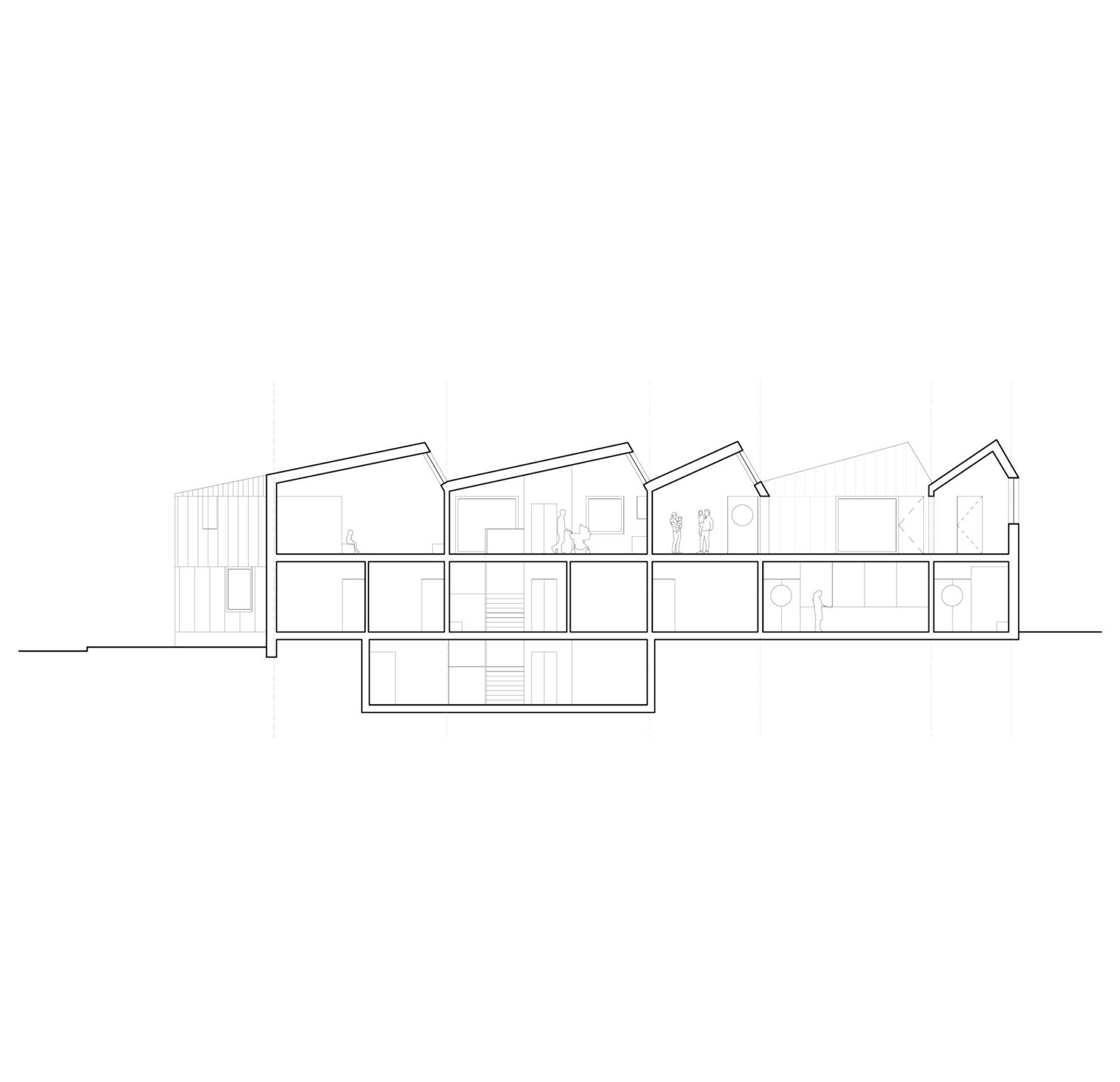